Media Español
Lawyer Says ICE Agents Waited Outside Pasadena Courtroom for His Client, Then Confronted and Arrested Him 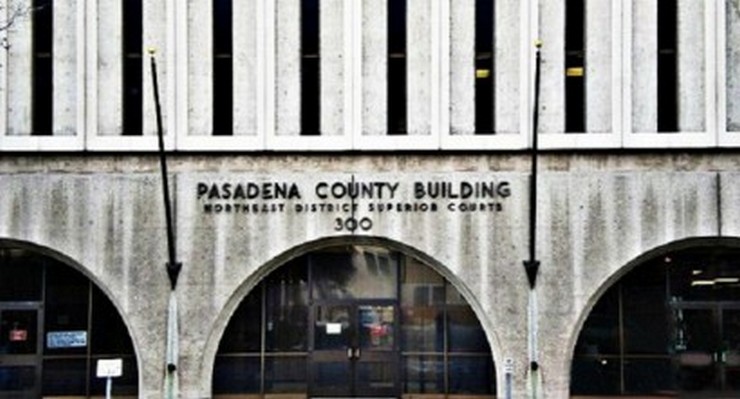 [Updated Wednesday, February 22, 2017 | 7:50 a.m.] In an unusual incident which has prompted concern among area lawyers, Immigration and Customs Enforcement (ICE) agents arrested a man federal officials said was a previously deported Mexican national with a prior felony conviction for drug trafficking at the Pasadena Courthouse on Tuesday.

According to Virginia Kice, Western Regional Communications Director/Spokesperson for ICE, Enforcement and Removal Operations officers arrested the unidentified man at the courthouse after earlier efforts to locate him at a residence or place of employment proved unsuccessful.

The man’s attorney, Los Angeles criminal lawyer Octavio Chaidez, said the immigration agents were clearly waiting for his client, whom Bar association rules prevent him from naming, to exit the courtroom after a morning hearing. According to Chaidez, the agents recognized the client on sight.

Chaidez said his client had been in court for a parole status hearing, which had seemed to be routine.

Chaidez said that in his 15 years of practicing law, he has never before seen or even heard of immigration agents waiting outside a court hearing to confront and arrest a subject.

“I’ve spoken to some of my colleagues and I haven’t had one that I’ve spoken to, say that this has ever occurred inside of a courthouse,” Chaidez said Tuesday evening. “Some of them have been practicing 30 years and just this morning when I spoke to them they said, ‘I’ve never seen anything like this.’”

According to Department of Homeland Security Executive Order No. 13768 entitled “Enhancing Public Safety in the Interior of the United States,” which was coincidentally released Tuesday morning, “DHS will not exempt classes or categories of removal aliens from potential enforcement. All of those in violation of the immigration laws may be subject to enforcement proceedings, up to and including removal from the United States. The guidance makes clear, however, that ICE should prioritize several categories of removable aliens who have committed crimes, beginning with those convicted of a criminal offense.”

Kice told Pasadena Now that “determinations about where and how ICE enforcement personnel affect both administrative and criminal arrests are made on a case-by-case basis, taking into account all aspects of the situation, including the prospective target’s criminal history; safety considerations; and any sensitivities involving the arrest location.”

Chaidez said that he believes that if ICE is going stake out court hearings in order to locate and confront targeted individuals, that “people are going to stop attending court proceedings.”

Following the incident, Chaidez said he prepared a factual statement of the incident and sent it out to other local attorneys.

“If they have a client who comes to them and says, ‘Hey, this been occurring,’ then they are now informed and they can counsel their client appropriately,” he explained.

Chaidez noted that he also received phone calls from some of the lawyers who received his email, who told him of their concerns for their clients.

“Whether they be the accused, whether they be a witness, whether be a victim,” Chaidez said, they will “not go anywhere near a courthouse” if they think that ICE could waiting for them there.